Legal awareness will help communicate with police on equal footing 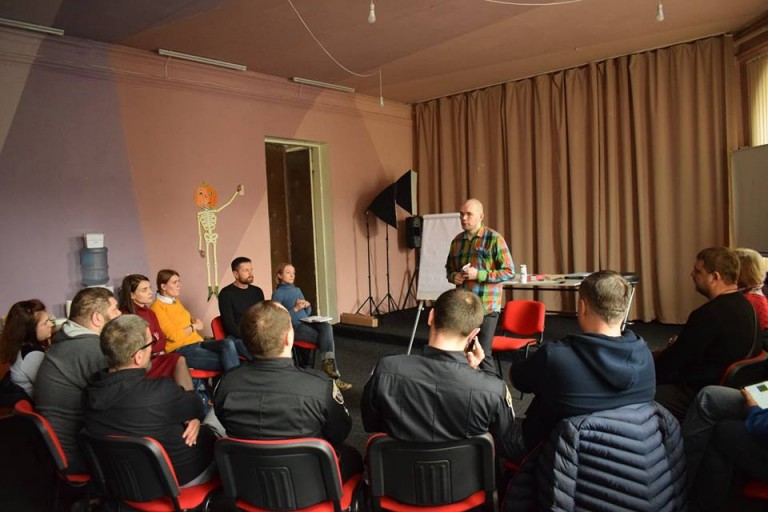 On 3 November an open lecture was held in Sumy where Serhiy Pernikoza, coordinator of monitoring campaigns of the Association UMDPL, told participants how to behave with police in different life situations. Read more

You and Police: Checking documents (VIDEO)

In a new video on «Antydot-TV» Youtube-channel human rights defenders from Cherkassy explained citizens the model of behavior of police officers when checking documents in a public place. Read more and watch a video

Events conducted during the All-Ukrainian Week of Law 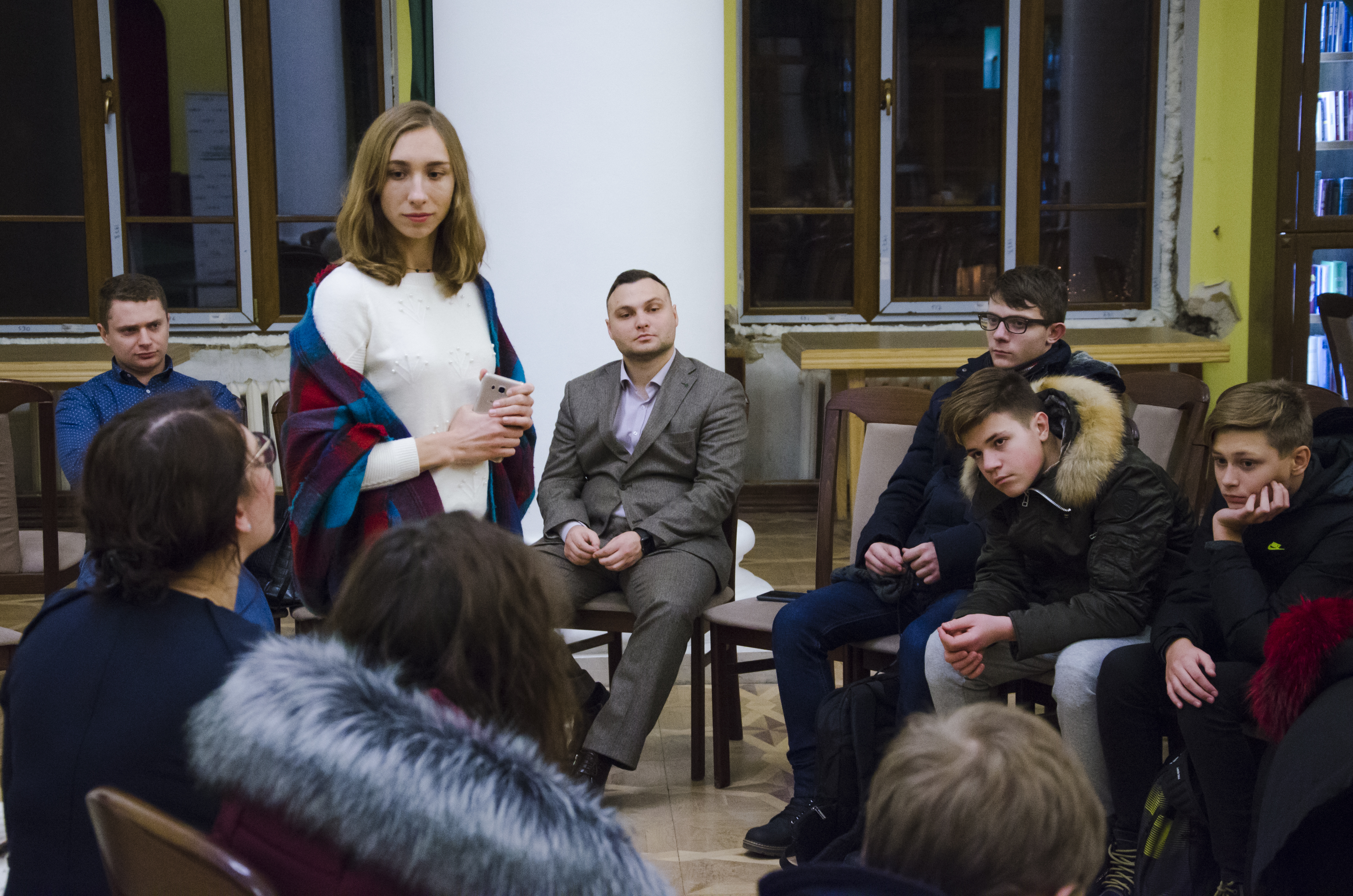 Association UMDPL took part in an exhibition-forum «Lawyers to society» that took place on 4-6 December in a column hall of the Kyiv City State Administration. Within the framework of the All-Ukrainian Week of Law there was a master-class for teenagers «Basics of communication with police». People also received practical guidelines of «You and Police» series as well as other publications from our library, that can be accessed online.

In particular, on 6 December such a master-class was held by the trainer Oksana Poluliakh in the Kyiv City State Administration, and on 7 December Serhiy Pernikoza, coordinator of monitoring campaigns «Police under Control», held a master-class on the basics of communicating with police for teenagers in Boryspil city Central Library. 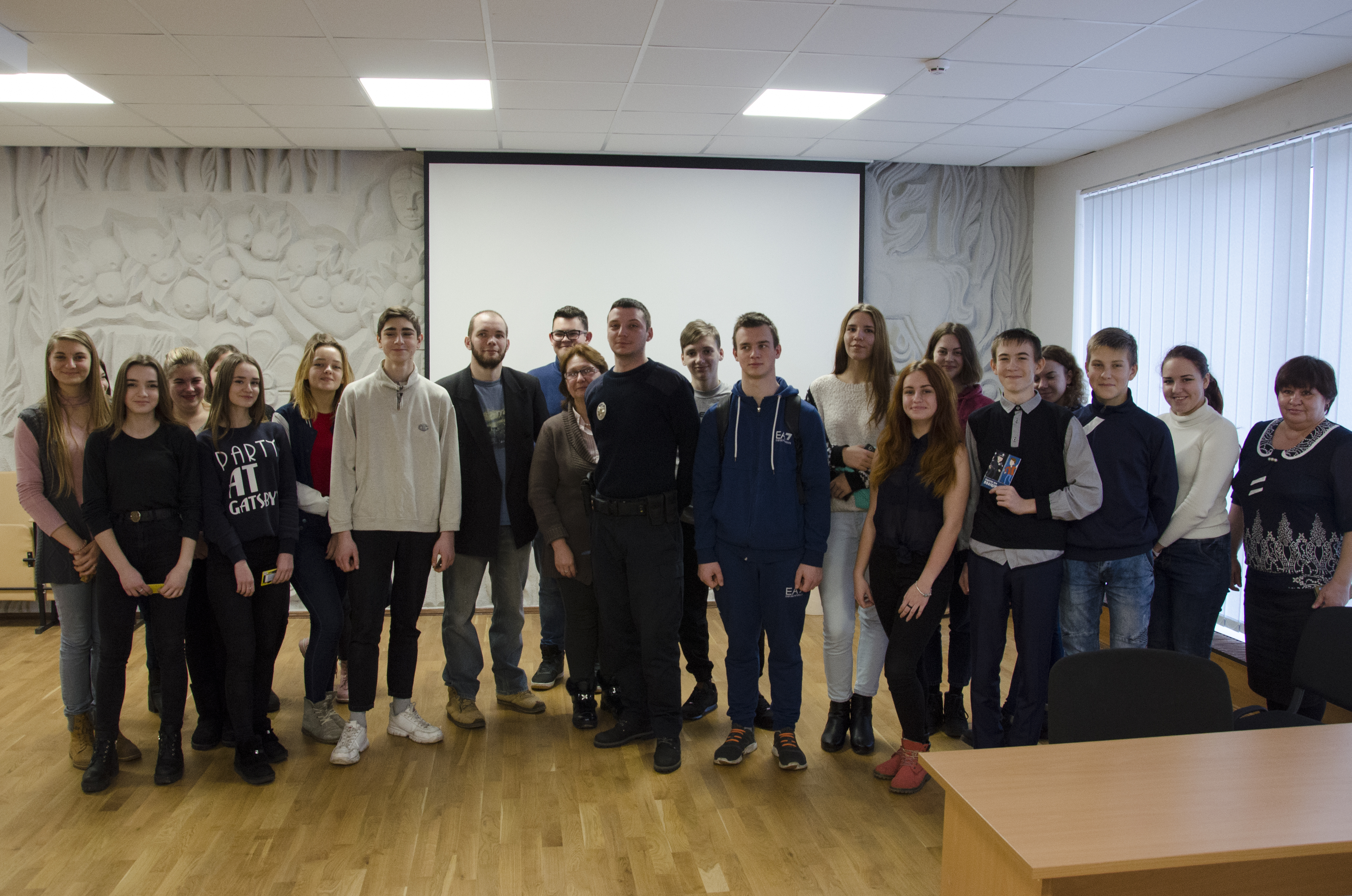 On 14 December in O. Pirogovskiy Kyiv Library Ivan Yurchyk, expert of the Association UMDPL, held a master-class for teenagers on the basics of communicating with police. Event was held with participation of a police lieutenant, school officer Hanna Chumas. Read more 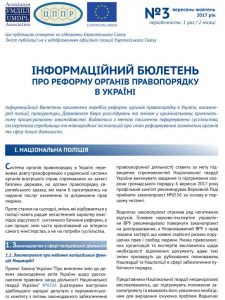 Team of the Expert group made a decision to work within the Expert and Analytical Program of Association UMDPL, cooperating with specialists from other organizations (before that Association UMDPL became the founder of the expert group and coordinated its work). Change of the format shall not affect the quality of work and further plans of the Expert group. Such a step will only facilitate the work in the sphere of monitoring and research of work of law enforcement authorities, advocacy for change and promotion of international standards for human rights observance in the activity of Ukrainian law enforcement.

We continue to inform of our work on the website police-expert.info and on the Facebook-page of the Association UMDPL. We will also continue making publications regarding the reform of law enforcement on a specialized page “Reform of law enforcement in Ukraine”, which was once created with this aim and has recently become less active. We ask you to follow mentioned pages if you are interested in our work. We are grateful for the discussions that were held after publication of our materials and for any thoughts of our readers.

Eugene Krapyvin: «Decree on attestation of police officers was written in a way to sabotage this procedure» 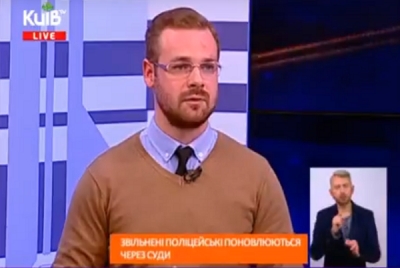 A lawyer, expert of the Association UMDPL Eugene Krapyvin in the program «Kyiv Live» of «Kyiv» TV-channel expressed his opinion regarding the quality of the procedure of attestation of police officers and reinstatement of released police officers in office through courts.

State Bureau of Investigations – Truba? Eugene Krapyvin about what to expect from the newly created structure

The situation with belated start of the State Bureau of Investigation was analyzed in the program of the radio-station «Holos Stolysi» by Eugene Krapyvin, a lawyer, expert of the Association UMDPL.

Eugene Krapyvin: We need decades of reforms in order to overcome ineffective traditions of work of police, prosecution and courts

A group of eighteen researches were studying for nearly two years the real practice of work of prosecutors, its effectiveness, compliance with Ukrainian legislation and international standards. Eugene Krapyvin, expert of the Association UMDPL, explained the meaning of the results received by the research for implementation of real reforms in the work of the prosecution.

How the State Bureau of Investigation will work, how far it can be trusted after former prosecution officers became its leaders – explains Eugene Krapyvin in the program of Hromadske Radio.

Arguments and motivation of participants of the discussion regarding police functions for the National Guard are different. Eugene Krapyvin analyzed arguments of all parties and evaluated their feasibility.

Three statements about State Bureau of Investigations and its Director

On his Facebook-page Eugene Krapyvin shares his thoughts regarding the State Bureau of Investigations and its Director Roman Truba.

Eugene Krapyvin in the program of TV Channel 5 commented on achievements of police for three years.

During a four-day training, that started on 13 December in Kherson, officers of Temporary Holding Facilities learned how to work within the framework of new approach, according to which, in order to ensure human rights observance all actions with detainees in the facility shall be conducted using Custody Records system. Representatives of the Association UMDPL also supported the training of police officers.

Increase of the number of patrol officers and National Guard on the streets of Kyiv and Kyiv region does not guarantee protection from organized crime, mercenaries and contract killings – said the expert of the Association UMDPL Eugene Krapyvin in the program of the TV Channel 5.

Enhanced mode of work – the only effective preventive police measure in response to the new challenge.

High-profile attempts of murder in Ukraine: what is the role of police and has the reform justified itself («Slovo i dilo», 2 November 2017)

Eugene Krapyvin commented on the work of police in the view of a tragic chain of terrorist attacks and assassinations in Ukraine.

Serhiy Pernikoza about the traffic accident with the officer of the service center of the Ministry of Internal Affairs (InfoDay/14.11.2017) 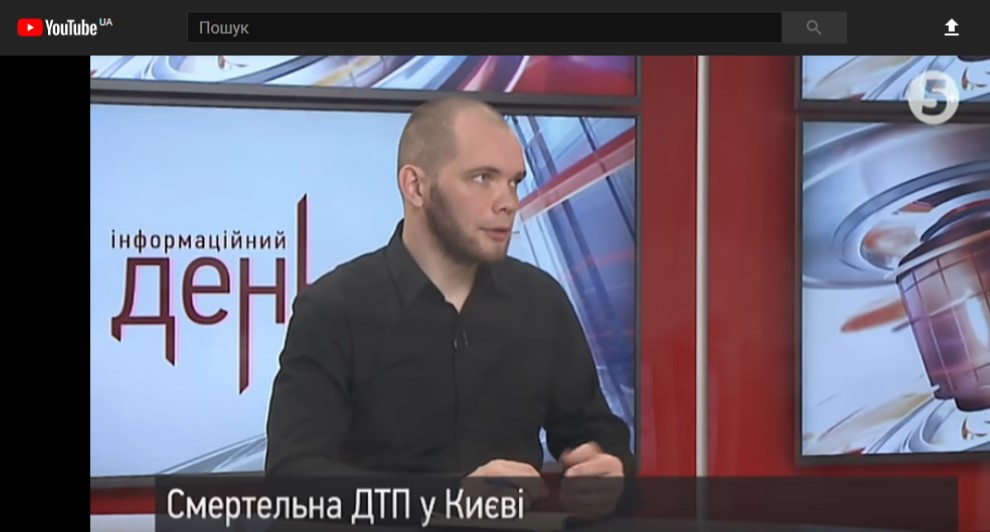 Analyzing the deadly traffic accident with participation of the officer of the service center of the Ministry of Internal Affairs, Serhiy Pernikoza, coordinator of monitoring campaigns of the Association UMDPL, in the program of the TV Channel 5 emphasized that civil society does not have to forget about the necessity of a systematic approach to solving the problem of violation of traffic regulations and observance of human rights in the activity of law enforcement authorities.

One of the peculiarities of work of a political leadership of the Ministry of Internal Affairs is myth-making. Eugene Krapyvin, a lawyer, expert of the Association UMDPL, helps to understand the reality of reforms in the system of the National Police of Ukraine. 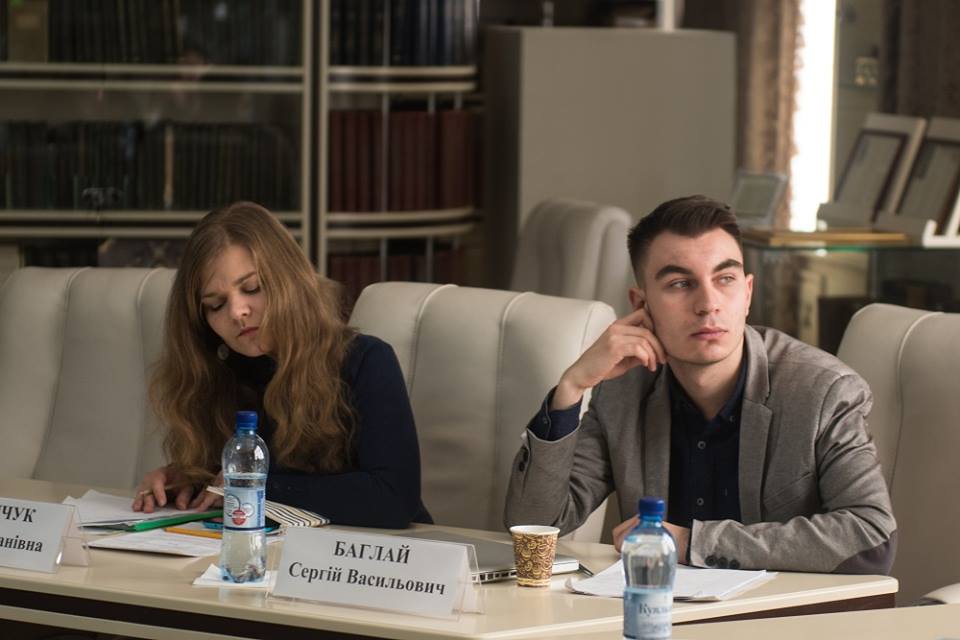 Serhiy Baglay, analyst of the Association UMDPL, took part in the meeting of a round-table “Community policing – new paradigm of activity” that was held in the National University “Odessa Legal Academy”. Participants of the event discussed topical issues of cooperation of police and civil society in the sphere of combating crime in Ukraine.

On 4-7 December Eugene Krapyvin took part in a study visit to Vienna think tanks within the framework of the OSCE Parallel Civil Society Conference 2017.

On 19 December, during the joint event with the Center of Policy and Legal Reforms Eugene Krapyvin, expert of the Association UMDPL, defined main points of intersection and differences between experts and civil society regarding the priorities of work of the State Bureau of Investigations.

Representatives of a profile committee of the Verkhovna Rada of Ukraine, Ministry of Justice, State Criminal Execution Service of Ukraine and human rights defenders checked the conditions of detention of prisoners in Lviv Penitentiary Institution №19. Journalists could for the first time join the inspection. The inspection was conducted on 13 October 2017 within the framework of an away meeting of the sub-committee on reforming penitentiary system, activity of penal and probation authorities of the Verkhovna Rada of Ukraine. 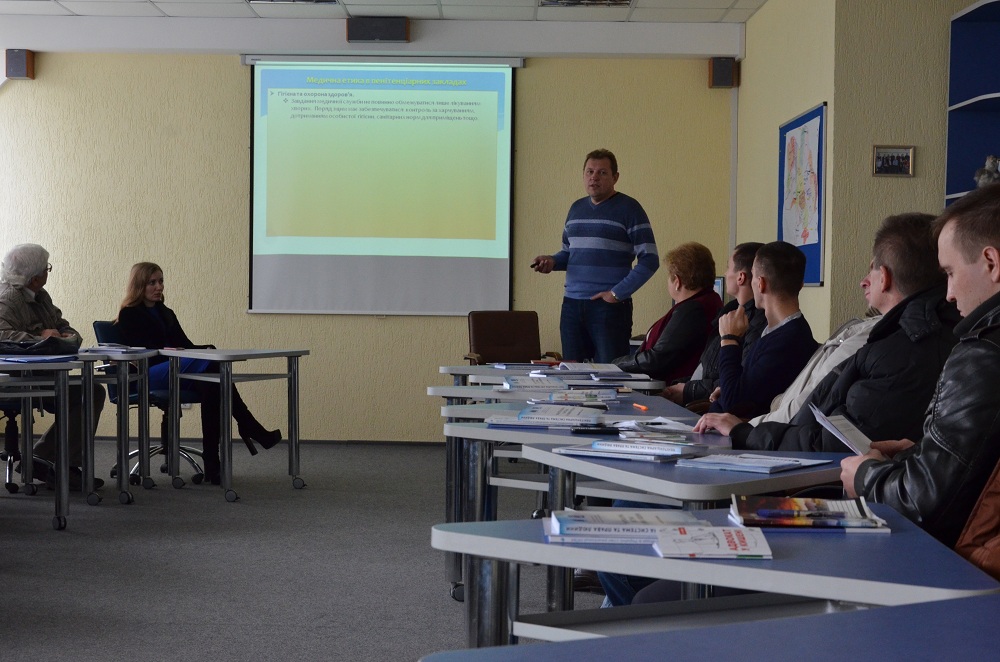 On 24 October 2017 representatives of the Association UMDPL and the Secretariat of the Ukrainian Parliament Commissioner for Human Rights met with doctors of the medical and sanitary stations of penitentiary institutions within the framework of informational training that took place in Bila Tserkva Training Center for Personnel of State Criminal Execution Service of Ukraine. Participants of the event analyzed the main requirements of international standards on healthcare and medical ethics in penitentiary institutions.

Without presence of administration: what prisoners say about the prison

Within the framework of research “Prison by the eyes of prisoners” Olexander Fedoruk, expert of the Association UMDPL, interviewed prisoners in penitentiary institutions for men. A view on the picture of internal world of the prison was built up based upon 5 key indicators, namely: respect to human dignity; security; support/assistance; justice; personal development.

Learn the results of the research

In the video of TV-channel ZIK expert of the Association UMDPL Olexander Fedoruk commented on the problems connected with observance of the right of prisoners to healthcare and medical assistance in Lukianivka PTDC.

On 22 December Olexander Fedoruk, expert of the penitentiary program of the Association UMDPL, took part in the final meeting of the working group of the Committee on Legislative Support of Law Enforcement of the Verkhovna Rada of Ukraine and the Ministry of Justice of Ukraine on reform of penitentiary system. Expert stated, that because of the lack of time the package of proposals to amend the Disciplinary Statute is not full and needs further improvement.

On 30 November in Kyiv a meeting of Discussion Club of the National Preventive Mechanism “Under pressure of pain. Drug assistance at correctional facilities” took place. Among its speakers was Serhiy Pernikoza, coordinator of monitoring campaigns of the Association UMDPL.

Participants of the event discussed the current state of drug assistance in pre-trial detention centers and penitentiary institutions, as well as considered how to influence the situation at the time of reform of a penitentiary system. 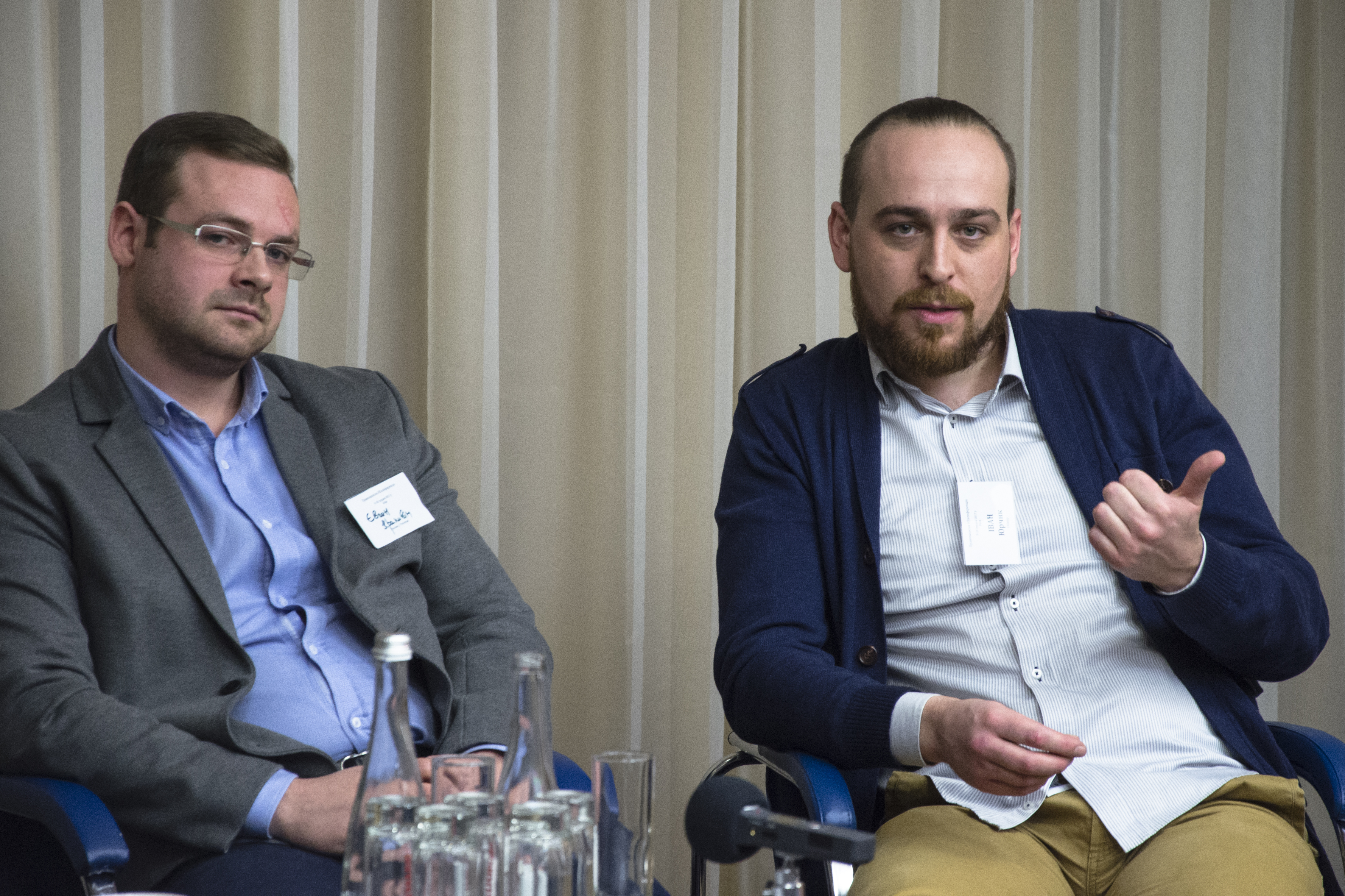 On 9-10 December in Kyiv, with participation of experts of the Association UMDPL, a National Human Rights Nonconference was held on the occasion of the 69th anniversary of the adoption of the Universal Declaration of Human Rights. 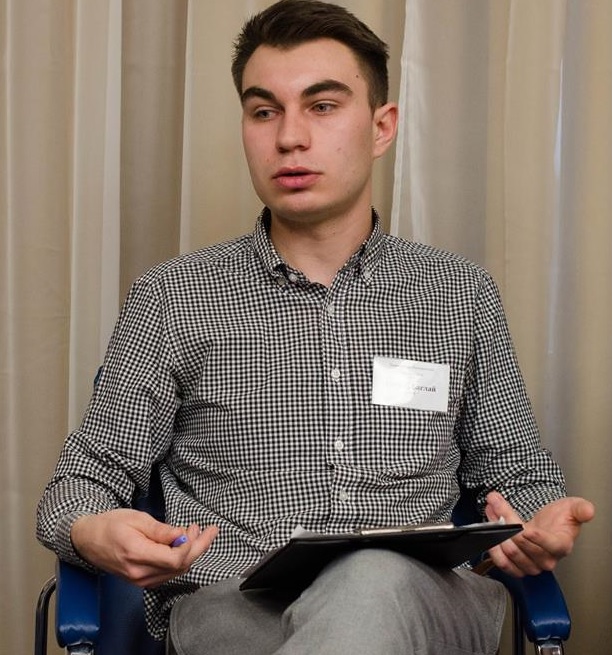 UMDPL was represented by the following speakers: Ivan Yurchyk, Eugene Krapyvin, Serhiy Baglai and Mykhailo Kamenev. Event had 16 panels dedicated to the most topical problems in Ukraine and spheres of work of the human rights society in 2018.

During the conference «Beyond borders. Five years of monitoring places of detention» 7 spheres of National Preventive Mechanism work for 5 years were presented:

More details about a strategic plan